Plastic Surgery is a specialised branch of surgery that concerns itself with the repair of the deformities and the correction of functional deficits. The reason that it is called Plastic Surgery is because the term is derived from the Greek word Plastikos meaning to change or to mold.

Plastic Surgery covers a very large and varied spectrum of patient management and surgical procedures. Plastic Surgery can be delivered shortly after birth for the treatment of cleft lip and palate and indeed in the future this surgery may be even carried out while the baby is still in the mother’s uterus. Multiple other congenital defects or abnormalities ranging from cranial facial surgery to congenital hand abnormalities are treated also by Plastic Surgeons. Burns units throughout Europe are mainly run by Plastic Surgeons and facial trauma hand surgery and the closure of multiple other defects caused by various types of trauma related ranging from road traffic accidents to gunshot wounds are treated by many plastic surgical units. When Head and Neck Surgeons remove large pieces of cancerous tissue from the head and neck they rely on the Plastic Surgeons to reconstruct these defects in a functional and aesthetically acceptable fashion. When Orthopaedic Surgeons remove large bone tumours and associated soft tissue tumours from limbs, they also rely on Plastic Surgeons to reconstruct the defects created.

The origins of Plastic Surgery can be traced back to ancient history. In India a famous medical practitioner called Sushruta in around 600bc described operation for reconstructing the nose and the earlobes. In those ancient times amputation of the nose and ears was a common punishment for crimes against the person and against the local rulers.

Greek and Roman history has many references to the closures of wounds that can be recognized as the earliest descriptions of some procedures that are even carried out today. Unfortunately because of the lack of communication between various empires and the inability to translate information from one culture and language to the other. Medical information along with other information is not disseminated throughout the world. Therefore what the Indians learned and what the Greeks and Romans learned was subsequently lost.

With the rise of Islam and probably indeed influenced by what was learned from their relatively close neighbours India, Surgery and Plastic Surgery was again developed.

The Dark ages intervened but then with the renaissance period starting in the 16th century, a new era of plastic surgical techniques were developed. It’s claimed that the corner stone of modern plastic surgery was put in place by Tagliacozzi, Bologna. His work particularly on nasal reconstruction with an upper arm flap was widely dispersed throughout Europe aided by the invention of the printing press. Indeed there were reports from around this time of the Latissimus Dorsi muscle or the muscle of the back be utilized as to reconstruct defects caused from mastectomy for breast cancer.

There were much further advancement in plastic surgical methodology, but it wasn’t until the First World War, Second World War and the Vietnam War that modern plastic surgery was truly born. Sir Harold Gillies working in the U.K. said about repairing many of the gruesome wounds created by trench war fare of World War One and in doing so developed modern concepts of plastic surgery and taught the next generation about these methods. There were many other great names in plastic surgery and for those of you interested in pursuing the history of this great specialty then please feel free to contact my office and I will certainly help to point you in the right direction.

Cosmetic medicine is a relatively new area of medicine. It really did start with the introduction of Botox for the eradication of wrinkles caused by facial muscle expression and has developed with the introduction of numerous other procedures ranging from injectable fillers to pump out the lips to laser treatments to rejuvenate facial skin and there are other body treatments.

It is always very difficult for a patient to understand the differences between Plastic Surgery, Cosmetic Surgery and Cosmetic Medicine let alone determine who is the most appropriate person to go to for advice. The best advice is that before going to see any Plastic Surgeon, Cosmetic Surgeon or Cosmetic Doctor; one should always talk to ones General Practitioner first. I understand that there are times when one wants to keep ones life private and so in those circumstances the next best referral pattern is to have a recommendation from a previous patient of the doctor you are intending to visit. This also sometimes can be difficult but one should always attempt to investigate ones doctor prior to a consultation. This is particularly so in the poorly regulated area of Cosmetic Surgery.

Please note that anyone calling themselves a Plastic Surgeon needs to be on the specialist register of The Irish Medical Council as a Plastic Surgeon. It is not good enough to be simply registered as a Doctor with the Irish Medical Council. You will find that the latter is the case in many commercially driven cosmetic surgical companies. Please note that cosmetic surgeries a poorly regulated area and there is no specialist register of cosmetic surgery kept by the Irish Medical Council. Therefore anyone with a medical degree can effectively call themselves a cosmetic surgeon. This is obviously a very dangerous situation but is not unique to Ireland as a situation is the same in many states in the U.S.A. and indeed in the U.K. Legislation undoubtedly will be introduced in the future for the protection of patients and the outlawing of Cosmetic Surgeons who are not properly trained. 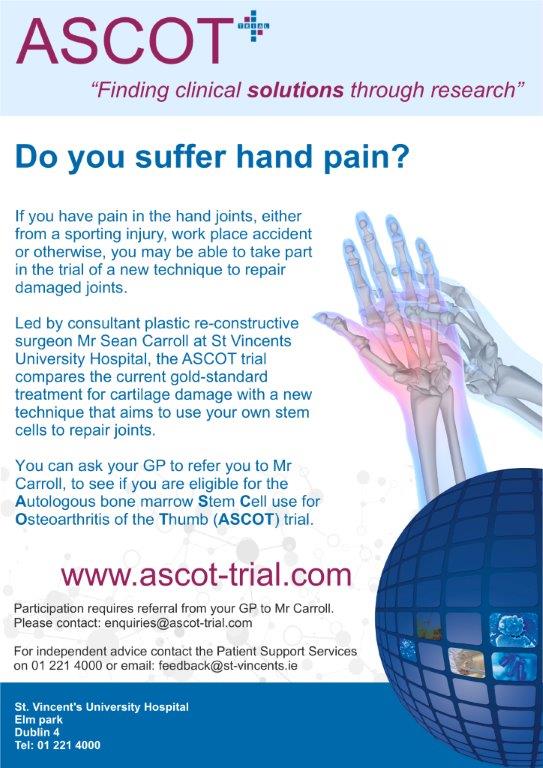